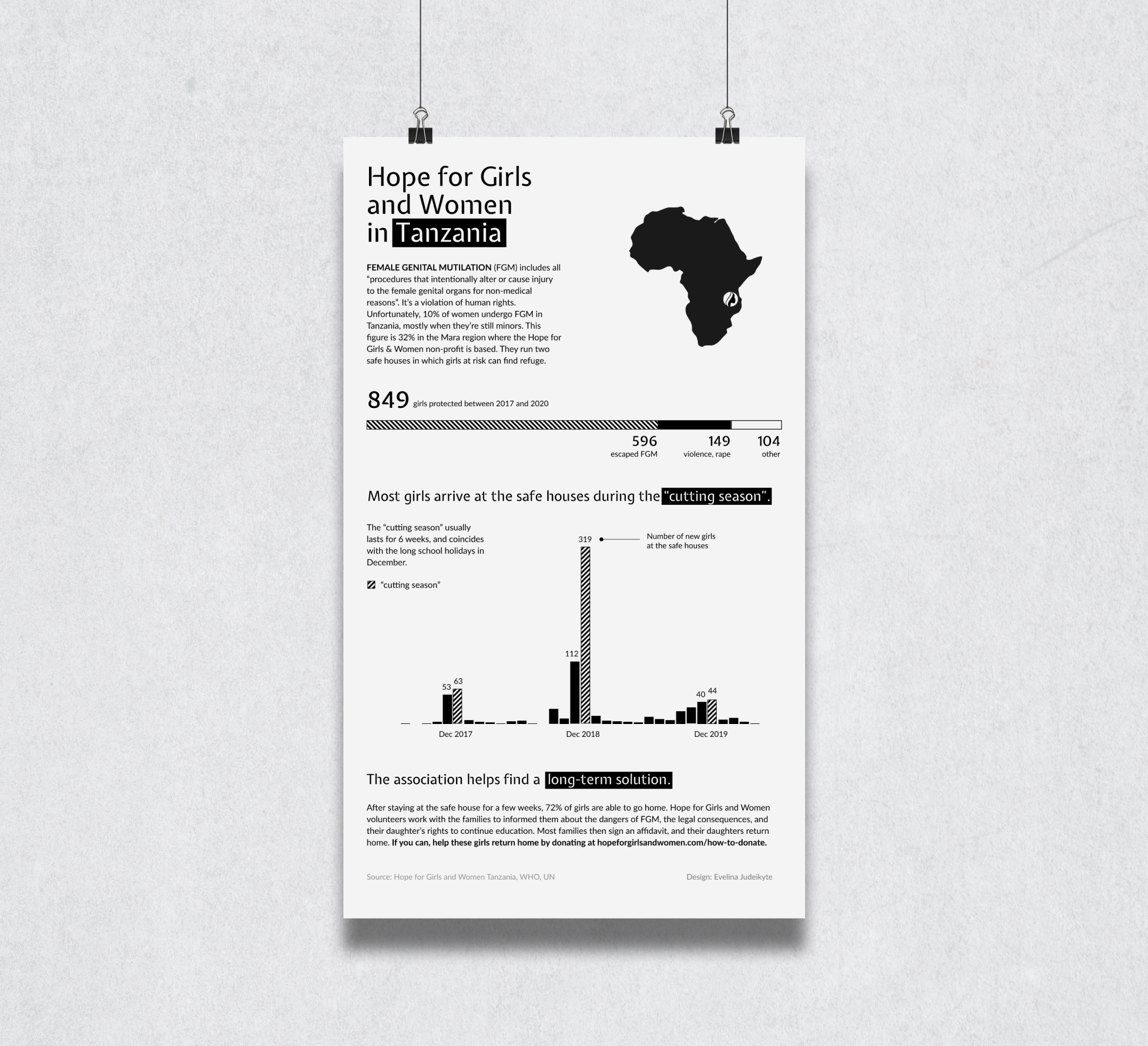 This project was a little bit of a challenge due to the nature of the topic. First off, I wanted to raise awareness without putting people off. It's not easy to think about female genital mutilation, hence I wanted to ease the reader into the topic. I titled the visualisation "hope", rather than FGM, to focus on the solution, not the issue. Another design choice I made was not to use any colour apart from black and white. Instead, to highlight key aspects in the data, I added a hatched pattern to the bars (using an awesome Figma plug-in called Hero Patterns).

Hover over the image 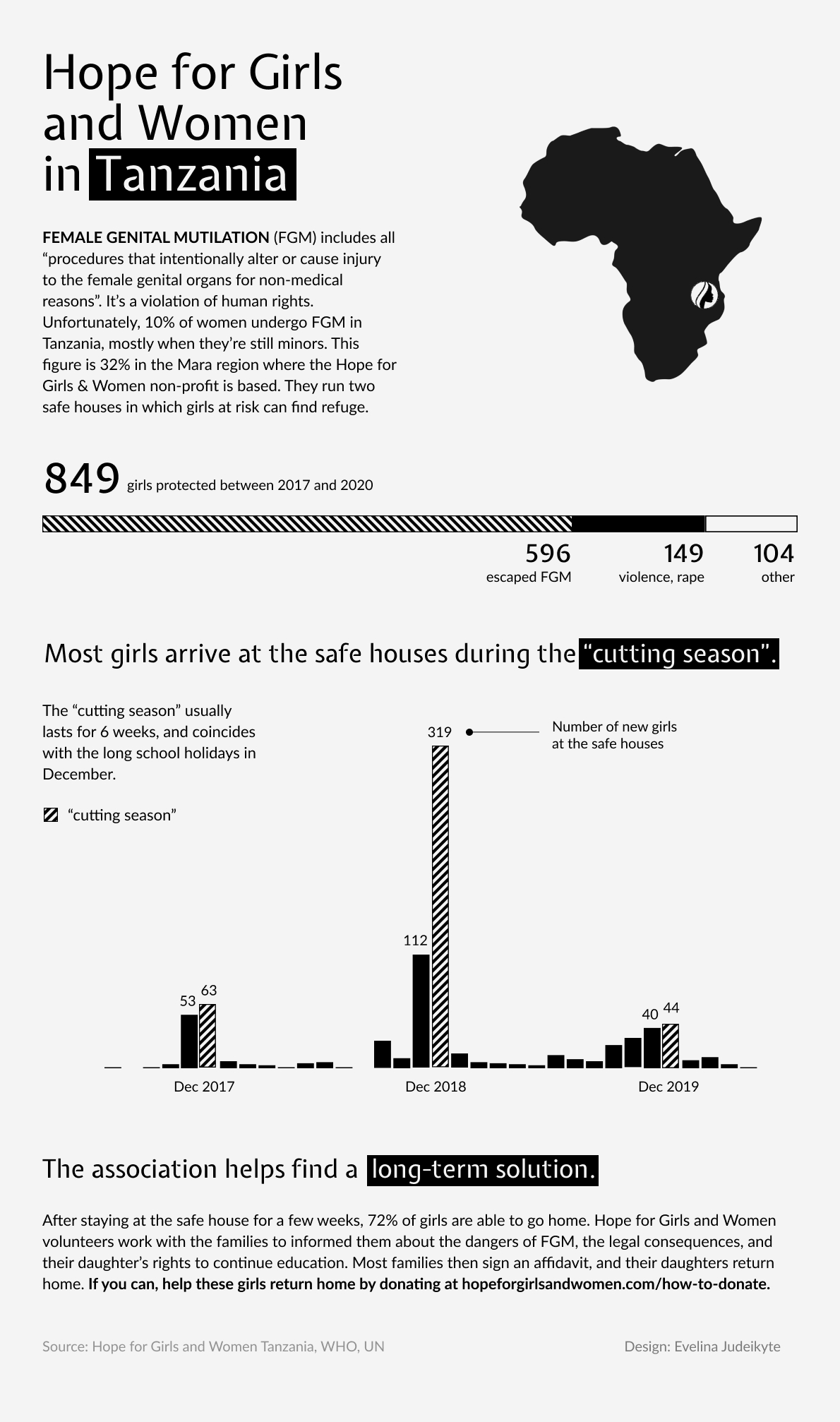